Troll Burner - MADE WITH NESMAKER 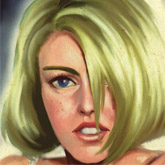 ****This wouldn't be a NES inspired project if we didn't give it 8 levels to defeat! And it wouldn't be an 8-bit project without being nerds and including the number 256 (each byte has 256 possible values). So, we've included the Mother of All Goals. Josh and I have conceived of a way that we could handle some of the core memory remapping from the GUI in an intuitive way (as intuitive as this sort of thing can be), without ever having to go into the code. What does this mean for you, the user? You would get to make some broad decisions as far as how many memory banks to use for graphics, how many for music, how many for levels...etc, and would be able to custom organize them to fit your exact needs, similar to some of the decisions we're making in code for many of the modules. For those of you asking for FPS and point and click adventure games or big cut scenes, this stretch goal would go very far in creating those, which have wildly different graphics needs. There are a million other reasons why this would be useful for advanced users. It's something that we'd like to include. However, it will take a lot more time, focus, and testing. This may not be ready by the time the tool is released, and may be an update a few months later. But if we can hit this stretch goal it will give us that much more time to work on it, and everyone who is a backer will have access to this update. 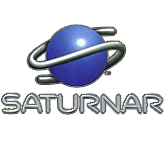